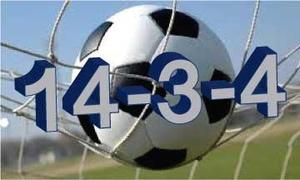 Congratulations to seniors Stephen Hasse, Chris Hartrich and Nick Hemann on being name to the IHSA 2018 All State team. Unfortunately, the boys' soccer season comes to an abrupt end in the Bethalto Class 2A Regionals with a 3-2 loss to Columbia. But what a great season!

Marquette’s Burchett: ‘What a great season’

With a host of players returning from a team that won the Class 1A state championship last season, some might have thought the deck was stacked in favor of Marquette Catholic High heading into the 2018 season.

Marquette coach Joe Burchett didn’t complain as he assessed his team prior to the season. He knew the Explorers would be good.

More than good, in fact.

But a season that held hope of a second consecutive deep playoff run came to an end Saturday when the explorers dropped a 3-2 decision to Columbia in the championship game of the Bethalto Class 2A Regional Tournament at the Bethalto Sports Complex.

“It was a really good run,” Burchett said after Saturday’s thriller. “I’d venture to say that there probably hasn’t been a better two-year soccer run in school history. But this time, we came up short.

Marquette found itself playing up a classification in 2018, thanks to the IHSA’s success factor. And while staying down in Class 1A may well have meant a longer postseason, Burchett said he and his players weren’t thinking that way Saturday - or all season, for that matter.

“We might have won state again,” Burchett said, “but I think playing up in 2A was good for us and that the boys did an outstanding job. I’m pretty sure we could have won the state title in 2A, too.”

But it will be Columbia carrying that hope into this week’s Triad 2A Sectional Tournament. The Eagles will face Marion in a semifinal game.

Marquette which finished 16-3-4, lost to only one team from Illinois this season - Columbia, twice. The other loss came at the hands of Missouri small-school power Clayton in the championship game of the CYC Tournament in St. Louis.

Another factor the Explorers dealt with was a change in team chemistry - but that was a factor Burchett was more than happy to have.

Stephen Hasse, who had played for the STLFC Academy team instead of for his high school, decided he wanted to play his senior season with his classmates.

“It was a good problem to have,” Burchett said. “Stephen wasn’t here for summer workouts and we didn’t know what his plans were. But he came out to preseason practice and was a tremendous asset from the day he walked on the field.”

But even though Hasse brought outstanding foot skills and soccer savvy to the table, it was a challenge to find the right fit for him with the explorers.

“In our early games, we were still feeling things out,” Burchett said. “But once we settled on a role for Stephen, things got even better.

“Stephen definitely found his spot on this team,” Burchett said. “He got such good field vision and his foot skills are amazing. I allowed him freedom to roam and he knew how to use that. It was a matter of trust between him and his teammates. They obviously had trust in him.”

Hasse and Hartrich will be lost to graduation, while Dietiker and Boulch are juniors.

“We’ll lose 10 seniors,” Buchett said. “It’s tough to know they won;t be back, but that’s the nature of high school sports.”

“What a great group,” Burchett said. “And what a great season. We went 16-3-4 against a schedule with a lot of schools that are much larger than Marquette, including most of the Southwestern Conference.

“They played very well all season,” Burchett said. “They’ll get over (the loss) eventually, but right now, it stings.”