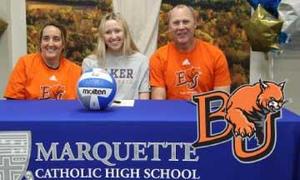 Kylie Murray signed her national letter of intent to continue to play volleyball while attending Baker University in Baldwin City, Kansas. Kylie was also honored to receive the Tucker's Automotive Female Athlete of the Month for MCHS. Way to go, Kylie! On Explorers! The other sport in question was soccer, as she was a key center back for the Explorers as an upperclassman. She mentioned that through the help of head soccer coach Brian Hoener, some schools were interested in her for soccer, but that’s not the direction she wanted to head. Kylie is also a Tucker's Automotive Female Athlete of the Month for Marquette Catholic.

“My friends and family could tell that I enjoyed playing volleyball and being on the court more than being on the field,” Kylie said, “but I think I just excelled better at volleyball.”

So, she was left with a choice. A hard one to make according to her.

“Honestly, it was a very difficult one because I did play both sports throughout club seasons, grade school, and high school.”

Volleyball head coach Sue Heinz said that when Kylie initially came out for volleyball, she still loved the game of soccer, but the more Kylie played volleyball, she came to love it a little more.

“That’s one thing me and our other coaches try to do. We want them to fall in love with the game and keep playing it,” Heinz said. “For her to be able to do this at the next level I think is fantastic, and I can’t wait to go watch her play.”

There were other colleges that Kylie looked into for volleyball as well but decided upon Baker University saying that it was just the best fit for her.

“I’ve already met some of the players and they were very welcoming,” Kylie said regarding her new teammates. “The coach is just outstanding I would say, so I’m very excited to be on their team and represent them.”

Kylie had her best season yet in her senior year. The team had another 20-win season finishing 21-14.

She also got it done defensively with a team-high 96 blocks, 52 of those solo. She averaged 1.25 blocks per game. She also had 93 digs.

“She’s been on the net, offensively and defensively for us for the past three seasons. Last year and this year she’s definitely been one of our best players out on the court,” Heinz added. “We depend on her, always coming through with the kill when we needed it, the point when we needed it, or the block to change the momentum of the game. She’s just a great leader on the team and is always wanting to be better.”

With graduation nearing closer and closer, Kylie said she’s definitely going to miss being an Explorer.

She said she’s going to miss that “family feeling” about Marquette and all the friends she’s made throughout sports. 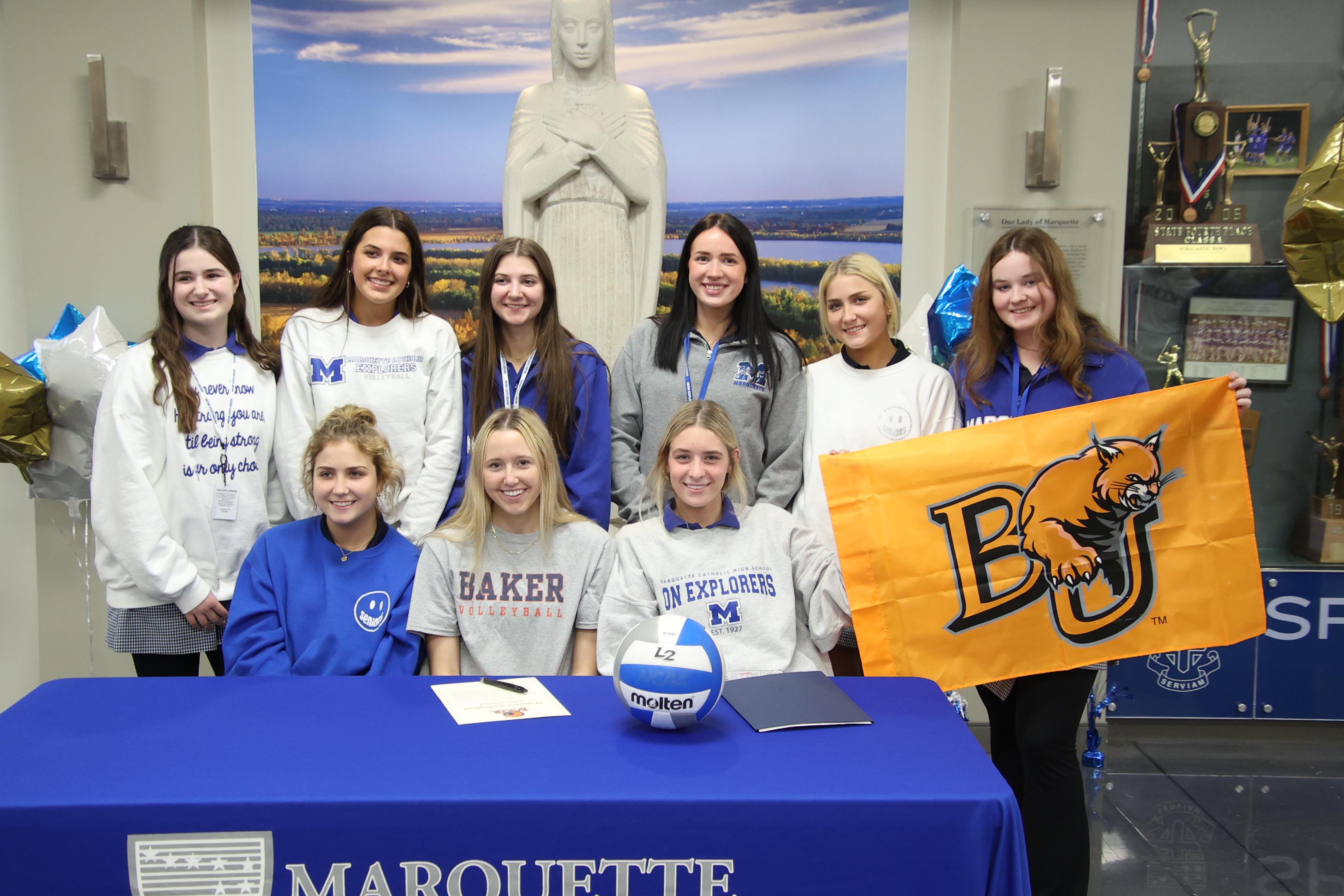 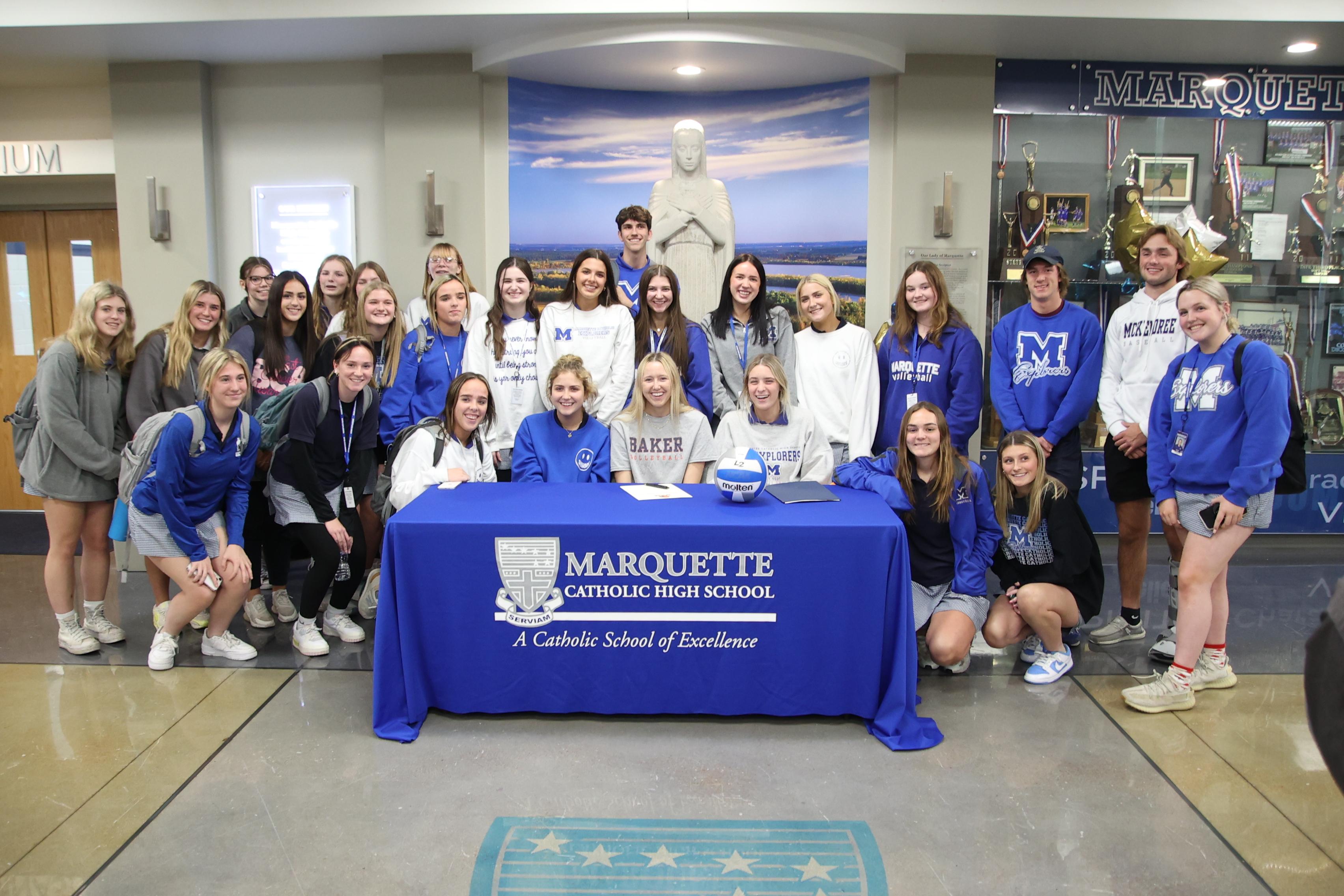 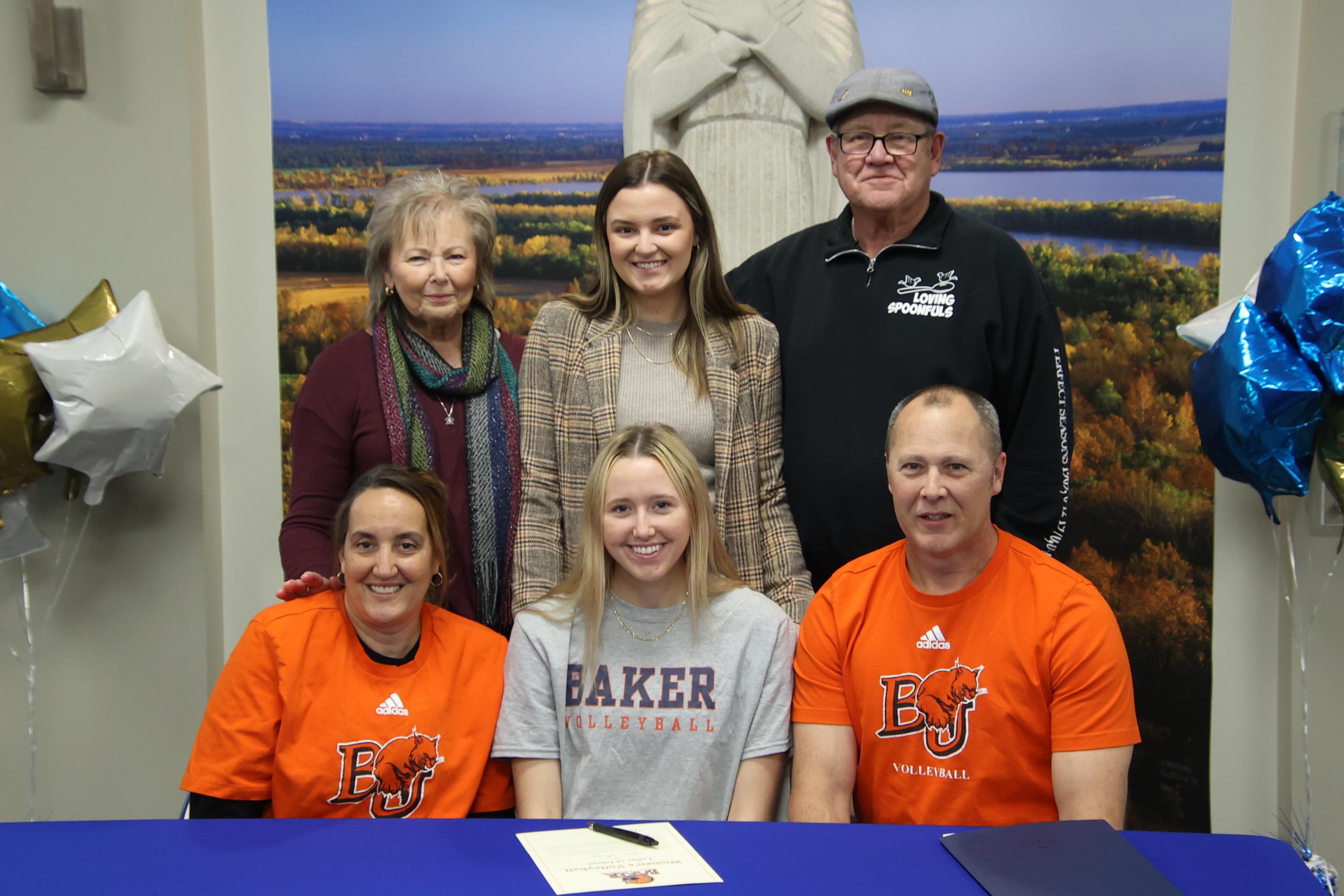 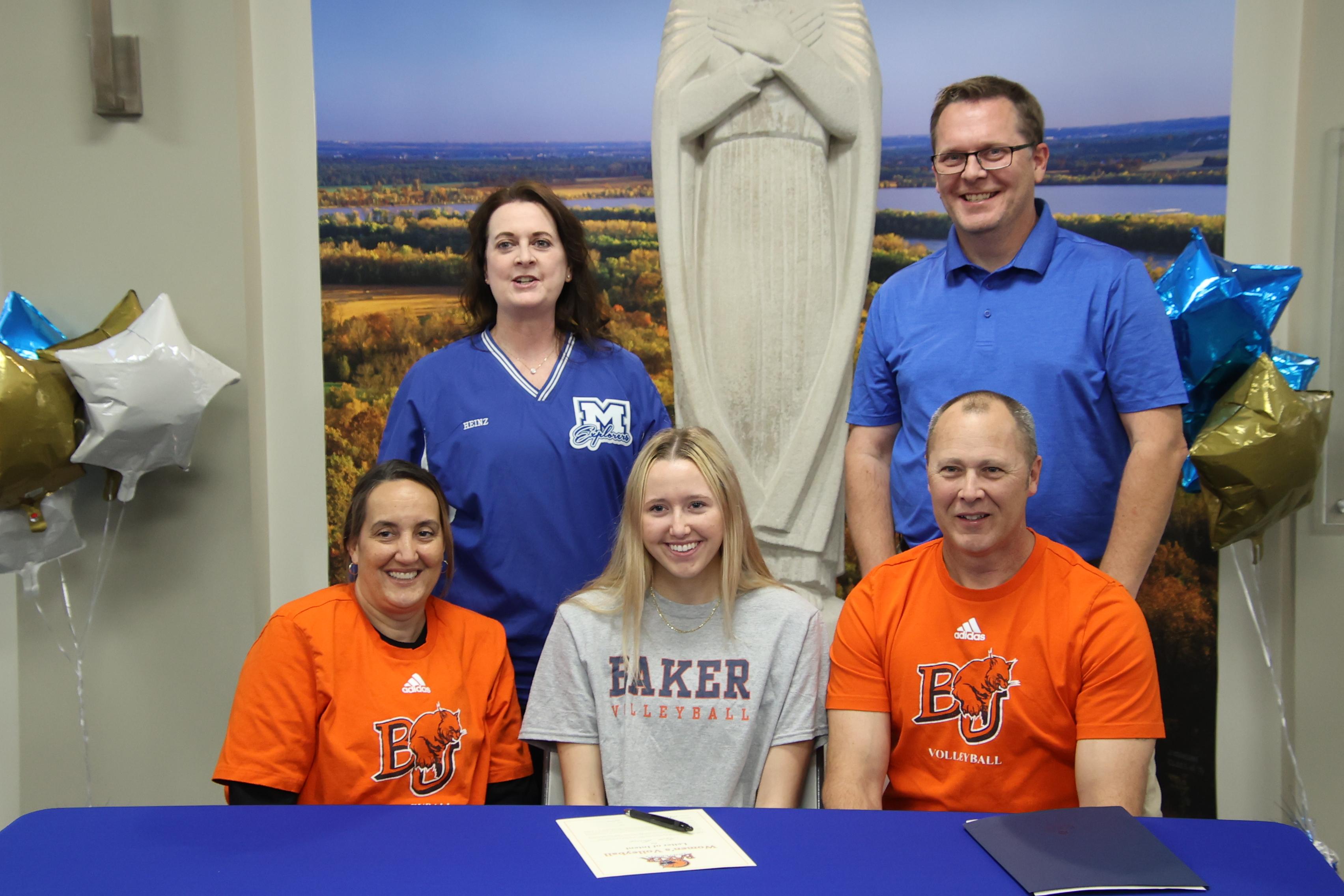