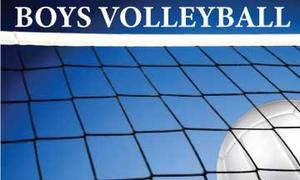 The Explorers have added another varsity sport to the list. The 12 man JV boys volleyball team has proven that hard work and determination pays off. Congratulation on your inaugural season! And he wasn’t willing to take ‘no’ for an answer.

So last school year, as a freshman, Roth put in the legwork needed to satisfy the powers that be at Marquette. Eventually, he showed them that a junior varsity boys volleyball program was worth a shot.

“I really wanted Marquette to have boys volleyball,” Roth said. “I got to love it playing at St. Ambrose. It’s really fast-paced. A lot of the parochial schools in our area have boys volleyball at the middle school level and I knew there would be feeder schools for Marquette if we added it.”

Marquette eventually OK’d the formation of a junior varsity boys volleyball team for this season. To take it for a spin around the block, so to speak.

After the test drive, it seems like a good fit. They’ve renewed the pilot program for a varsity season next school year.

“Jake asked about starting boys volleyball,” Marquette athletic director Jack Holmes said. “I told him, ‘You’ll have to do the legwork to show us it would work.’”

He distributed questionnaires to the student body to see how any would be interested. He’s been involved in club volleyball for several years, but he knew that competitive boys volleyball is relatively new to this area and he’d have plenty of ‘splainin’ to do to any new players.

“He worked his tail off,” said Marquette coach Mark Ellebracht. “Sometimes, his numbers of interested boys would fluctuate, but he was in there fighting for it.”

Roth said it took a lot of work, but he’s happy he put in the time.

“Some of the boys wanted to play, but maybe got scared off,” Roth said. “It was a little frustrating at times, but it was worth it,”

The result a Marquette team of 12, including three freshmen, one junior and eight sophomores, including Roth, the only player with club volleyball experience.

“We have a few others who had some experience at the (parochial) middle school level, but most of our kids are new to volleyball,”” said Ellebracht, whose team beat Alton High Thursday 23-25, 25-18, 25-18.

You’d have a tough time convincing many of their opponents of that. The JV Explorers are 7-2 after Thursday’s three-set victory over AHS at Marquette.

“We lost our season opener to Belleville East,” Ellebracht said. “But even as that match went along, you could see our players getting more confident. They pushed East to a third set before we lost.”

But it was a victory over the Saint Louis University High freshman team last week that got Ellebracht excited the most.

“Saint Louis U. is a great volleyball program,” he said. “It may have been their freshman team, but being able to stay with them, let alone win says something for our team.

“We had just lost to O’Fallon,” Ellebracht said, ‘and we needed a bounce-back win. They came ready to play.”

Ellebracht has served as the assistant coach for the Marquette girls volleyball team, which plays in the fall. He seemed a natural fit to coach the boys jayvees.

“We’re having a great time with it,” Ellebracht said. “They appear to be having fun and they’re serious about it at the same time.”

Ellebracht, whose full-time job is news director at Alton radio station WBGZ, began his love affair with volleyball while helping coach his daughter’s teams. Ellebracht said the approach to coaching girls and boys might be slightly different, but that in the end, it’s still volleyball.

“I had never coached an all-boys team,” Ellebracht said. “But I use the same basic style.

“This team is a lot of fun to be around. Watching how we have improved from the first time we opened the gym to where we are now is exciting.”